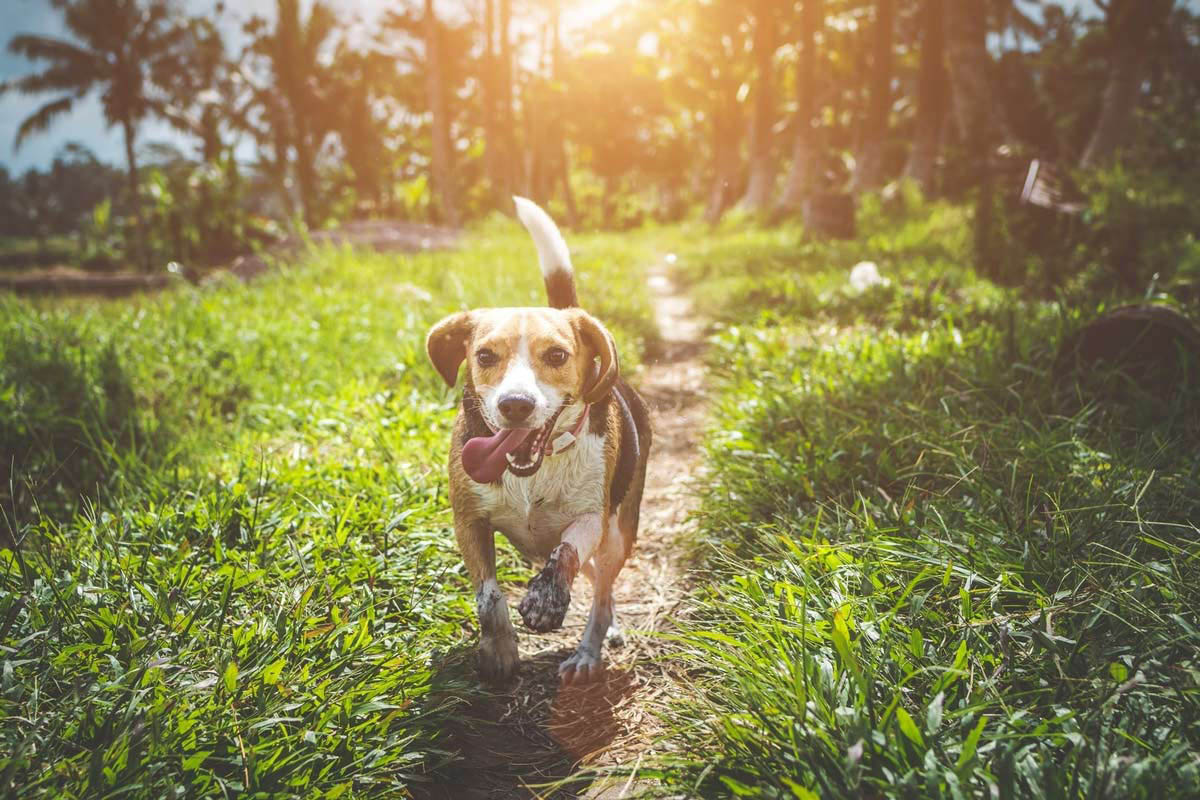 Animals suffer from many of the same eye conditions that humans do, from cataracts and glaucoma, to short-sightedness and scratched corneas. There are even veterinary specialists dedicated solely to animal ophthalmology! Cataracts are the most common eye condition they deal with, particularly prevalent in dogs, which are usually age-related, or occur as a cause of canine diabetes. Animals can also develop dry eye, corneal ulcers and pink eye.

Animal and human eyes come in different shapes and sizes. Human eyes are round, as are eyes in bears, foxes, birds and turtles. Larger mammals such as cows, horses, deer and moose have horizontal oval shaped eyes. Snakes and, perhaps unexpectedly, bobcats have slits with a more vertical oval shape. You might be interested to know that human eyes are typically 24mm in diameter, which happens to be the same size as a dolphin eye! The largest eyes belong to the aptly named colossal squid at 280mm, while the blue whale’s eyes surprisingly come in at 150mm. Eye size clearly isn’t always relative to the size of the animal! Some smaller eyes belong to the rattlesnake, ferret, squirrel and bullfrog, which are all 8mm in diameter. Dogs’ eyes are typically between 9.5mm and 11.6mm in diameter, depending on the breed.

With different habitats, different prey, and different predators, it’s only natural that animals should have evolved to possess varying levels of colour vision. There are, however, myths surrounding certain animals’ colour vision. Rumour has it that owls are the only bird which can see the colour blue… but if this were true, why would peacocks have such vibrant blue display plumage? The colours and patterns on their tail are a crucial part of finding a partner, and female peacocks clearly appreciate the blue hues! Geckos have excellent colour vision, even in darker environments like rainforests, their natural habitat. Their colour vision is actually around 350 times better than humans’, allowing them to spot their hidden prey more easily! Pigeons actually have better colour vision than most animals and can even see UV light. In fact, their vision is so good that they’re often used to assist in search and rescue missions at sea! And contrary to popular belief, dogs do see colour, just not as well as humans. Their vision may be slightly grey-tinged and they struggle to differentiate between red and green, but they would certainly, from a distance, be able to spot a yellow ball on some grass.

Peripheral vision refers to what can be seen outside of your central vision. Humans have 190 degrees of sight, meaning that if something is further back than 95 degrees on each side of us, we will not see it. Our peripheral vision is much narrower than that of cats who have 285 degrees of vision. Similarly, dogs have 250 degrees of sight which is ideal for hunting and spotting predators in the wild. In fact, most animals have better peripheral vision than humans! Our receptor cells which pick up colour and motion are most densely concentrated at the centre of our eyes, and thin out towards the periphery. On the other end of the spectrum, horses and zebras have eyes on the side of their heads, which means that they can see almost the entire way behind them… but they also have a blind spot in right in front of them!

Most mammals, birds and reptiles have a third eyelid on each eye. Contrastingly, snakes don’t have eyelids at all – just a thin membrane over the eye. This is probably because eyelids would get in the way as they shed their skin, so they have evolved to not need any. This means that the eye membrane is essentially a clear scale and sheds along with the rest of the skin. Just before the skin becomes ready to shed, the eye scale grows cloudy, impairing the snake’s vision.

In dogs, two eyelids are easily visible while the third one is more hidden; it houses a gland to produce tears. The third eyelid provides extra protection for the cornea, and it also spreads tears across the eyeball surface, providing more hydration to the eye. In cats, the third eyelid is primarily to prevent injuries to the eye as, historically, cats typically stalked their prey through long grass, and so have evolved to accommodate for that – leaving our domesticated pets with three eyelids! Again, the extra tear gland housed inside the third lid allows for more rinsing in the eye than in humans and primates, thus reducing the risk of infection and injury.

The differences between human and animal eyes are just as interesting as the similarities. Eye shape can transcend class of animal, eyeball size isn’t relative to animal size, and conditions like glaucoma are suffered by animals across different species. Even elephants develop cataracts in their old age!