Blue and black, or white and gold? The science behind The Dress debate 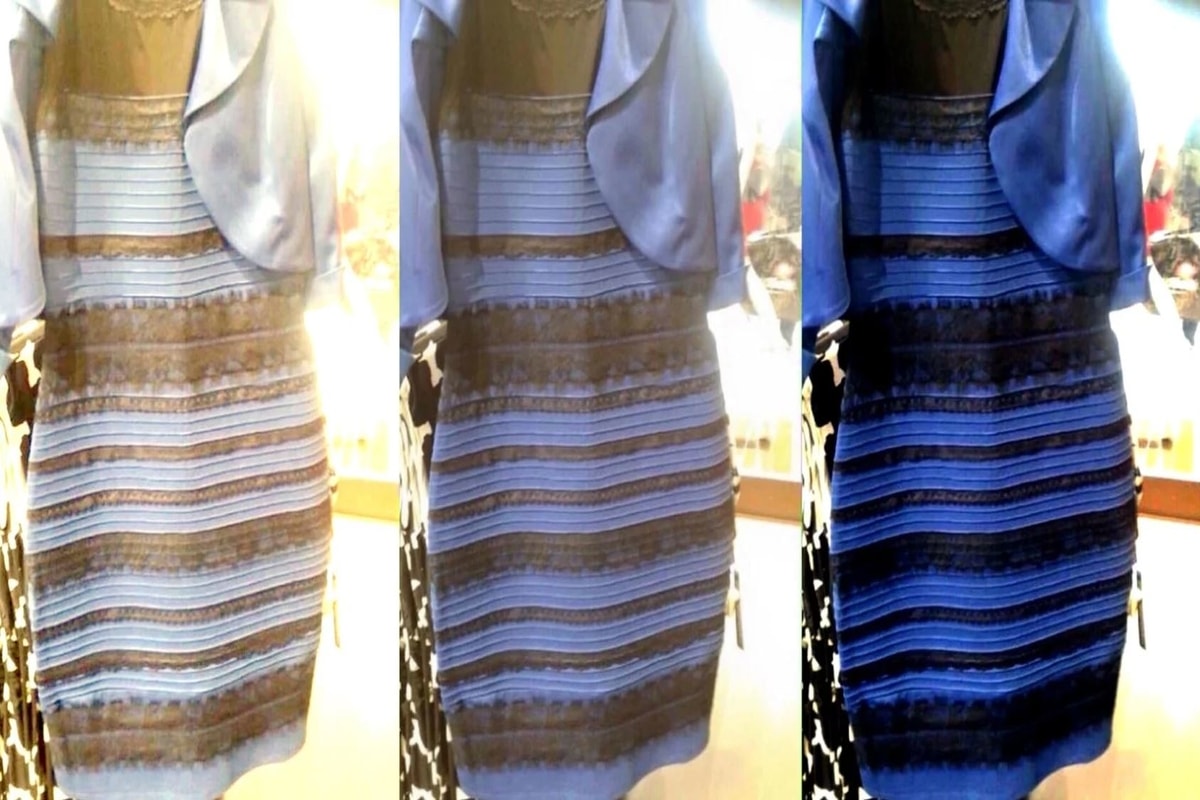 February 2020 marks five years since The Dress first burst into our lives. It all started with a Tumblr post before making its way onto all social media platforms, news networks, and every staffroom conversation for the days which followed. So, what better way to celebrate the five year anniversary of the most country’s divisive vote (second only to 2016’s Brexit referendum…) than by delving into the science behind it? 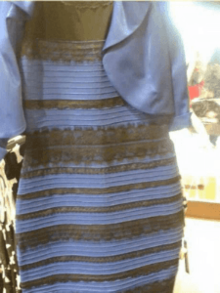 So, what do you see? A dress which is blue and black, or a dress which is white and gold? How many people see each colour combo? There are a number of different figures floating around, with some sources claiming that three quarters of people see a white and gold frock. Others suggest that 57% of people thought it was blue and black, with the white and gold camp here dwindling to just 30%. Interestingly, this study also showed that 11% of respondents thought the dress was blue and brown, while the final 2% saw something else entirely. While these answers were based on what people saw when they initially looked at the photo for the first time, 10% of survey respondents could actually switch between colour combinations!

What is colour vision?

We see colour because of two types of cells in the retina – rods and cones. Rod cells help you to detect light and dark, while cone cells are responsible for colour vision, perceiving either red, green or blue shades. You have around 100 million rods in your retina, and between 6 and 7 million cones. Your colour vision relies on all three types of your cones working properly. In cases of colour blindness, one set of cone cells stops functioning effectively, which you can read more about on our blog.

Most people’s first question when it came to The Dress was whether there was something wrong with – or different about – their colour vision. While variations between different people’s rods and cones can impact the way they interpret colour, that wasn’t what happened with The Dress. Usually, these types of changes in retinal cells from person to person produce only small differences when it comes to colour vision. Whatever was at work in February 2015 with this now-infamous photograph was much bigger than simple rods and cones.

After much investigation and disagreement, most researchers agree that a phenomenon known as “colour constancy” is the culprit for all the confusion. Simply put by IFL Science, it means that “the context, or surroundings, in which an object we are looking at appears in, influences our perception of its colour”. So, the environment in which people assume the photo has been taken can affect the hues they see on screen. In the scientific world, this is called top-down processing. In the case of The Dress, researchers suggest that the differences in opinion on the colours depend on whether the viewer believes the photo was taken inside or outside.

Natural daylight has a blue tinge, while artificial indoor lighting usually has more of a yellow tint to it. Your brain makes an assumption, based on the surroundings of the item in the photo, and compensates for what it believes to be either natural or artificial light. Neuroscientist and psychologist Pascal Wallisch spent some time researching this idea and found that “shadows over-represent blue light”. So, if you assumed that the dress was in a shadow in natural light, you would see it as white and gold because your brain automatically subtracted blue-ish short-wavelength light. This made the image appear more yellow in hue, hence people saw the dress as white and gold. The people who saw the dress as blue and black subtracted the longer wavelengths which were red in colour, to align with their assumption that the photo was taken in warm, artificial light.

Why do people interpret colours differently?

Now that we know the science behind colour constancy and how our brains make assumptions about environments, we’re left with another question: why do colours appear differently depending on the individual?

Wallisch’s extensive research into The Dress phenomenon led him to categorise people into two groups: larks and owls. Larks are people who wake up early, and spend more time in natural daylight, while owls tend to go to bed later and wake up later. The theory here is that owls see less daylight than larks, and were therefore more likely to spend time under artificial light, leading them to assume that The Dress was lit by artificial light (and they would be correct!). In turn, the larks were more likely to assume that The Dress appeared in natural light, resulting in a white and gold appearance.

This research surveyed 1,400 people. Such a large sample size allowed Wallisch to note other patterns among respondents, aside from their sleeping habits. Women and people aged over 65 were “disproportionately” more likely to see a white and gold dress than men and younger people. This could be due to younger generations spending more time indoors, with the vast majority of jobs these days being indoor office-based roles. However, there isn’t such an easy explanation for the variations between genders – lifestyle factors seem to have a much stronger power – although “men may be more likely to spend time around artificial light sources”, according to some researchers.

Essentially, colour is “something we make up in our heads”. Lots of personal factors can influence the way we interpret different hues, from cataracts, to lighting, to context. As we’ve seen in this case of The Dress, colours can be entirely subjective and change depending on assumptions your brain makes without you fully understanding why. It can also depending “on the viewing history of the individual observer”, with what you see being based on your past memories and experiences with similar shades. This explains why there was such a divide when it came to The Dress, with everyone’s brains reacting differently to a unique combination of colours in the photo.