What are the common myths surrounding your eye colour? 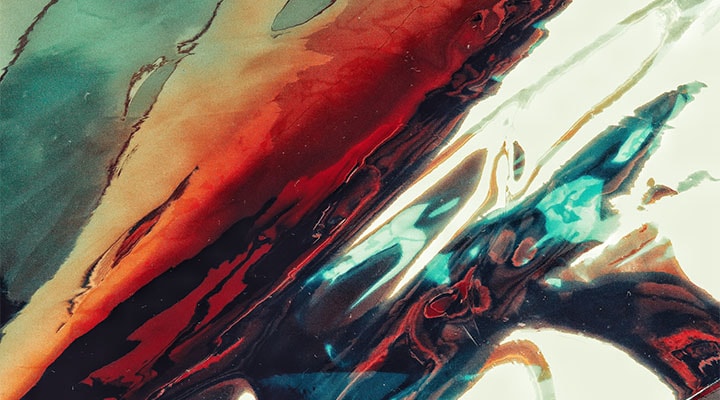 Eye colour is a funny, unpredictable thing and is influenced by up to 16 different genes. It’s hard to predict what eye colour your child might end up with, as even one sibling’s eyes can differ dramatically from the next sibling. One of the most widely-discussed ideas around eye colour is that all blue eyed people have descended from a single common ancestor. The science behind this is particularly interesting, with researchers suggesting that a genetic mutation in Europe between 6,000 and 10,000 years ago led to the development of blue eyes. As eye colour depends on the amount of pigment in the iris (lots of pigment results in brown eyes, while less pigment results in lighter eyes), this mutation limits the production of melanin in the iris.

While blue eyes used to be the least common colour and were seen as a rarity, 48% of the British population now have blue eyes. This is followed by green eyes at 30%, with a mere 22% of the British population having brown eyes. Globally, however, brown eyes make up 90% of the population, blue eyes 8%, and green eyes a tiny 2%. Eye colour can also change over the course of someone’s life, with many babies being born with blue eyes which gradually darken over the coming months or years to become brown. This is because human eyes don’t have their full amount of pigment at birth, resulting in temporarily blue eyes. Pigment levels can also fluctuate after childhood, so the eye colour you have in twenty years’ time might not be exactly the same as you have now!

Age-related macular degeneration (AMD) is one of the leading causes of sight loss in the UK. It is when your central vision begins to deteriorate, beginning as blurriness before progressing to blank spots. Studies have been conducted on the connections between eye colour and the development of AMD, and it has been found that having light eyes can almost double your risk of developing AMD. AMD is also more common in Caucasians – who are more likely to have blue eyes – so some experts suggest that the association between AMD and eye colour could actually be down to race, rather than just eye colour as initially thought.

However, AMD is also brought on by too much exposure to ultraviolet light. Since lighter eyes – such as blue, green and grey – have less melanin in them, they are more susceptible to sun damage. Darker irises block more UV rays, potentially leading to lower risks for AMD (1). This links to melanoma risk too, as light eyes are connected to a person’s likelihood of developing moles. Skin cancer usually develops from moles, often stemming from too much sun exposure. People with light eyes are also more likely to develop optical melanomas, due to having less pigment in their eyes to absorb UV rays, while people with darker eyes have more melanin to shield their eyes from sun damage.

When you think of someone who enjoys a drink, their eye colour probably isn’t the first thing that comes to mind. Multiple studies, however, have looked into the connection between eye colour and alcohol consumption, and the general consensus is that the lighter a person’s eyes are, the more likely they are to be dependent on alcohol. In fact, one study even puts the chances of this occurring at 83% higher than for those with brown eyes. A study by Georgia State University, which looked at 12,000 participants, theorised that this could be because people with dark eyes are more sensitive to alcohol, generally resulting in them drinking less than their blue-eyed counterparts.

The same study’s findings also suggested that people with blue eyes were more likely to abuse alcohol than those with dark eyes. One reason for this could be that melanin plays a part in the electrical connections between brain cells so, if the amount of melanin in the eyes is mirrored in the amount in the brain, it could influence someone’s behaviour and attitudes towards alcohol. So, if you’re a brown-eyed person and you find yourself getting tipsy much earlier in the night than your blue-eyed friends, it could well be down to science – and not just that you’ve overdone it!

Cataracts are the leading cause of blindness globally, accounting for the loss of vision among 20 million people. Without proper treatment, cataracts can completely impair a person’s vision but thankfully, with the right expertise and facilities, they are easily treatable. In fact, cataract surgery is carried out 18 million times each year around the world. Numerous studies have been conducted to try and gain a better understanding about what causes the development of cataracts. A link has been made between people with darker coloured irises developing cataracts more often than people with lighter eyes. A study by the American Journal of Ophthalmology puts the likelihood at 1.5-2.5 times higher if you have dark eyes.

As with any study looking for correlations between any two parties, other factors could be at play. Cataracts are often said to be hereditary, with people much more likely to develop them if their parents had them. Eye colour is also hereditary, so people may have inherited both their dark eyes and their susceptibility to cataracts from their parents, rather than one being directly related to the other. A 2013 study in the International Journal of Ophthalmology discusses this in further depth, amongst other the relationships between eye colour and major eye diseases.

Can blue eyes predict the severity of endometriosis?

Interestingly, there are also connections between women’s eye colour and whether or not they have endometriosis, as well as the severity of their endometriosis. “Deep endometriosis” occurs when the condition affects other organs near the uterus, causing extra tissue to grow in places where it usually wouldn’t. This makes it the most severe form of endometriosis and, arguably, the most painful. A 2014 study revealed that the amount of blue-eyed women with deep endometriosis was twice that of unaffected women (30% versus 15%). When compared to women with milder forms of endometriosis, the amount of blue-eyed participants was 16%, practically the same as the unaffected group. This appears to highlight a clear difference between these two groups and the women with deep endometriosis. More extensive research is needed but it is certainly an interesting observation and one which might be able to assist with future research into endometriosis and finding a cure.

An indicator of personality?

Now, onto a topic which is sure to spark some debates: research has shown that people consider darker eyes to be more trustworthy than lighter eyes. This is based on a study which asked 238 participants to rate photos of people in terms of trustworthiness, with brown eyes coming out on top. This could, however, also be related to general facial features and overall appearance, rather than eye colour alone but, generally, the features which come with brown eyes are typically also viewed as the most trustworthy.

Other personality traits or personal attributes which appear to be tied to eye colour are competitiveness and reaction time. An Australian study looked at how people describe their own personality traits, and the people who, overall, were “less agreeable and more competitive” tended to have blue eyes. They attribute this to, thousands of years ago, blue eyes being valued as more attractive and therefore more sought-after in a potential mate. The belief is that this pattern may have led to blue-eyed people having a “competitive edge”, carrying down in the generations to today. Contrastingly, this “competitive edge” does not seem to transfer to reaction times, where people with darker eyes typically have the upper hand. However, this isn’t a particularly recent study, nor was the sample size that large (126 participants initially, followed by 206 in a further study) so it’s difficult to draw any concrete conclusions. The trends, however, were “significant” and were repeated across more than one study, raising questions about how iris pigmentation can be linked to reaction times.

Eye colour can be indicative of a number of things, from your risk of developing AMD and cataracts, to how susceptible you are to the effects of alcohol. Often, these ideas are based on research around small sample sizes, but the trends provide a very interesting basis for future work on iris colour and its links to other conditions.