Eagle eyes: Where does the saying come from? 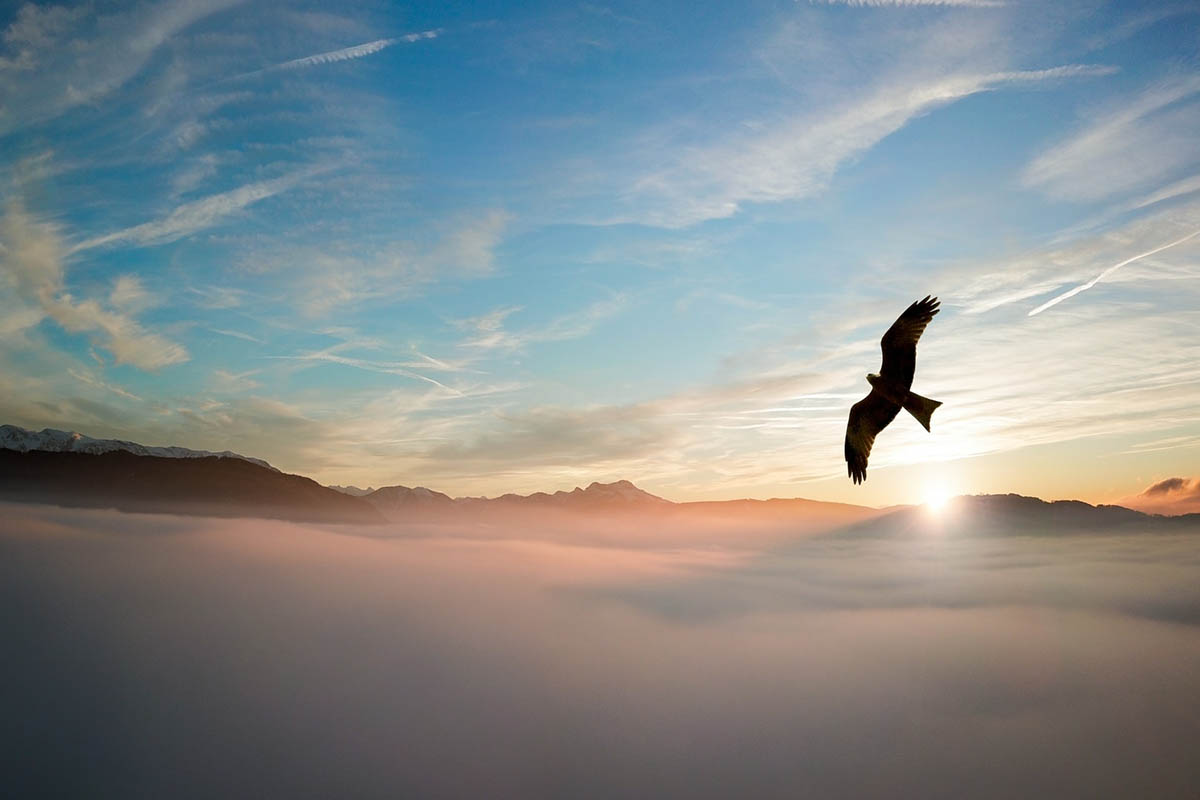 We’ve all heard someone with excellent eyesight described as “eagle eyed” by others – but how much truth lies in this well-known idiom? The saying harks back to the Elizabethan era, where it was first reported being used in 1598. Clearly, knowledge of the hunting bird’s excellent visual acuity has been known for centuries. Only recently, however, has their sight been able to be officially measured. The following method was used to determine exactly how well these great birds can see:

“The birds are trained to fly down a long tunnel where two TV screens are kept at the end. One screen has a display of striped pattern to attract the eagle towards it and when they land on that screen, they are given a treat. The birds’ acuity is tested by changing the width of the stripes and determining from what distance the eagles begin to turn in the correct direction.”
Source: Insight Vision Centre

These tests determined that eagles have between 20/5 and 20/4 vision, compared to humans’ 20/20 vision. It is also said that some eagle species (of which there are 59!) can spy a rabbit from up to 2 miles away, and follow the movements of mice whilst flying 650 feet in the air. Clearly, this makes them formidable predators and, when teamed with their unique optical make-up, sets them miles ahead of any other animal’s visual acuity.

Eyes of a hunter

Each element of an eagle’s eye has evolved to give them the sharpest edge when hunting. Every eye in every creature of the world has light-sensitive sensory cells. It is these cells which send the image to the brain’s nervous system to interpret, allowing us to see. Humans have 200,000 cells per square millimetre of retina, while eagles have around a million cells for the same area. This is especially impressive when combined with the fact that eagles have two foveae. This is the part of the retina where images are received. Humans and other birds only have one fovea so, once again, eagles have a huge advantage here. One fovea processes images from the front, while the second processes images from the side. This allows eagles to look straight ahead and sideways at the same time, with the fovea at 45 degrees used to view objects at long distances – potentially miles away.

A further advantage for all-round vision – specifically 340 degree vision when it comes to eagles – is the position of eagles’ eyes. (For reference, humans have a mere 180 degrees of peripheral vision!) They are “rotated towards the front of the head and are angled 30 degrees from the midline of the face”, allowing them to see in nearly a full circle with just a small 20 degree blind spot behind their heads. This, teamed with their excellent visual acuity, makes them the perfect predators.

The colours eagles can see are much more vivid than the human eye can see. They can see multiple shades where we might only see one, and have even been found to distinguish between five differently-coloured squirrels. Eagles can also see ultraviolet light, allowing them to track their prey by near-invisible urine traces, seen from a few hundred feet above ground. The more we learn about eagles’ extraordinary sight, the clearer it becomes to see how they’ve maintained their top spot in the hunting world.

One flaw in their vision, however, is that young eagles suffer from a refractive error when looking at water. This prevents them from seeing fish under water, hindering their hunting success and previously led to some young eagles starving to death. Over time, this led to a reduction in instances of the age-related refractive error, and now it is something that naturally improves with the bird’s age. This same path of evolution has also weeded about any myopic or hyperopic eagles and now refractive errors in the species are an extreme rarity. 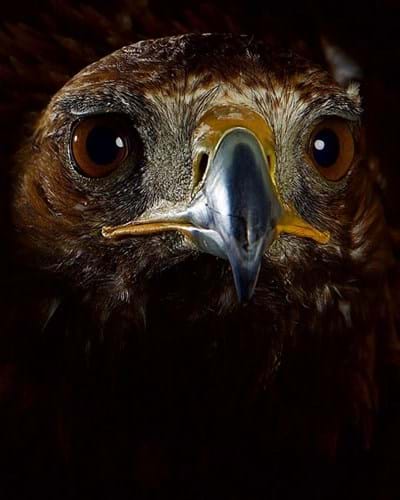 The bigger, the better

An eagle’s eye is nearly as big as a human’s eye, taking up most of the space in its skull. Their eyes are “larger in size than their brain, by weight” and, while eye size isn’t always relative to visual ability, it certainly is a good indicator here. Interestingly, each eyeball is fixed in its socket but the limited movement is made up for by eagles’ monocular and binocular vision. This allows eagles to use their eyes independently or together, offering a greater range of visual ability. They also have a large bony ridge above their eyes which protrudes, protecting their eyes from tree branches and struggling prey.

Eagles have humans well and truly beat in one particular optical area: the lens. The lens in our eyes uses muscles to change the shape of it, allowing us focus on objects. As we get older, these muscles weaken and the lens stiffens, leading to age-related eye problems like presbyopia. Eagles, however, have a lens which changes shape, allowing them to continue to see well at multiple distances. Further to this, their cornea can also change shape, helping them focus on even more during “approach and attack”.

We’ve previously talked about how most mammals, birds and reptiles have three eyelids on each eye, and eagles are no exception. In eagles, the third lid is translucent meaning it doesn’t affect their sight, but acts more like a windscreen wiper. It clears dust and debris from the eye every 3-4 seconds, reducing the chance of infection and injury. Eagles also have the pecten oculi, a structure of blood vessels found in the eye of most birds, to maintain good eye health. It helps nourish the retina, sustain eye pressure, perceive motion, and sense magnetic fields.

It appears that eagles really do have all areas of impeccable eyesight covered, truly justifying the rise of the “eagle eye” idiom.