Find out how smoking damages your eyes 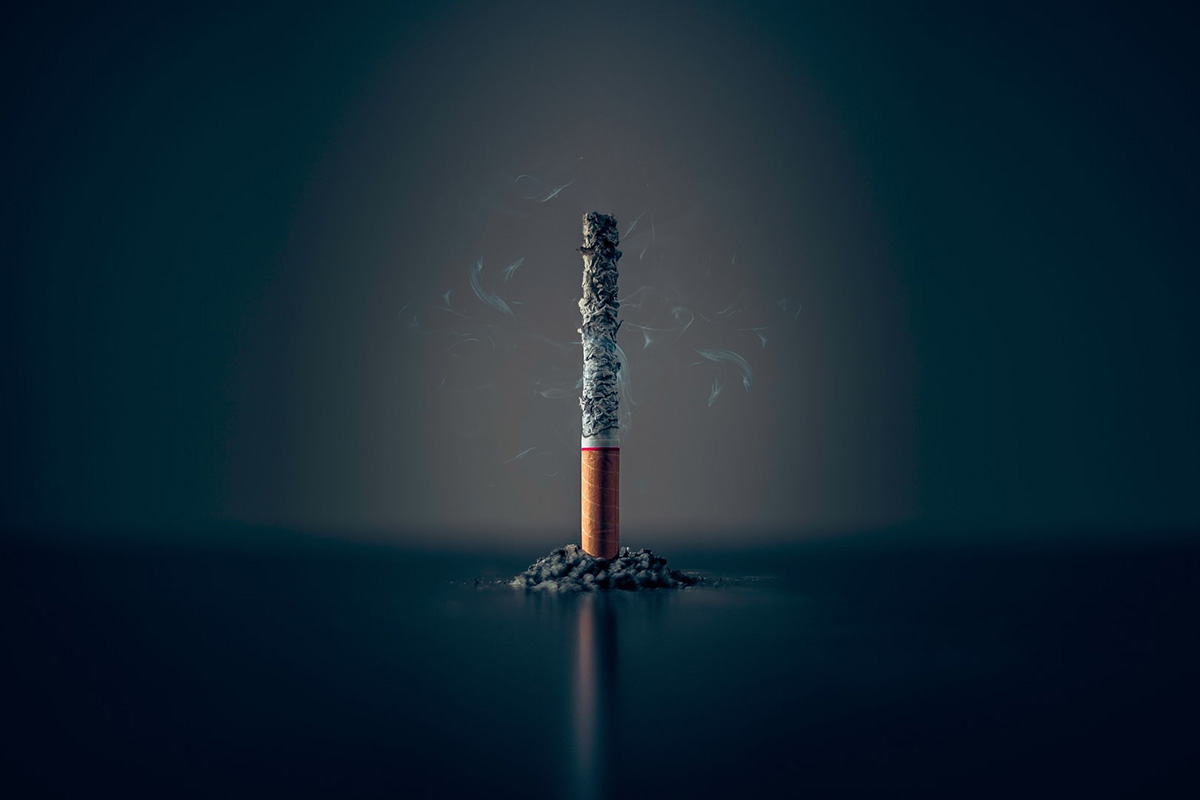 How does smoking affect your eyes?

We’re all aware that smoking is bad for our lungs, circulation and teeth – amongst a whole host of other body parts – but not a lot of people know how bad smoking is for their eyes. It can impact your colour vision, encourage dry eyes, bring forward the onset of eye diseases, and affect the blood vessels and blood flow to the retina. Overall, your risk of sight loss is increased by 4 times if you smoke – and if you’re a heavy smoker this figure could be even higher.

Colour vision: Studies have shown that heavy smokers find it more difficult than non-smokers to differentiate between colours and contrasts, as well as displaying significant changes in their red-green and blue-yellow colour vision. The studies involved heavy smokers who smoked more than 20 cigarettes a day. It was found that these participants suffered from a reduced thickness in the layers of their brain that process vision, which is suspected to cause their problems with colour vision.

Age-related macular degeneration: Also known as AMD, this condition is found 4 times more in smokers than non-smokers. In fact, AMD is the UK’s leading cause of blindness and 20% of AMD cases are caused by tobacco consumption.  It is an age-related condition whereby the macular breaks down. Not everyone develops AMD but, on average, smokers are found to develop it 5 years sooner than non-smokers. These statistics are also reflected in passive smokers, who are affected merely by breathing in second-hand smoke. Smoking disturbs the flow of the blood to the retina, bringing on AMD more quickly. It affects a person’s central vision, beginning with blurred vision and faded colours, before resulting in total loss of central vision. Female smokers over the age of 80 are 5.5 times more likely to develop AMD than non-smokers of the same age.

Irritated eyes: With its toxic components, tobacco smoke can cause changes to occur to the tear film of the eyes. This affects both smokers and those breathing in second-hand smoke. It also causes chronic redness of the eye, making dry eye syndrome even worse for those who already suffer from it. Any allergies which affect the eye, for example hay fever, are also likely to be made worse.

Cataracts: The average smoker doubles their risk of developing cataracts compared to a non-smoker, but this can rise to three times the chance for a heavy smoker. Smoking reduces the supply of antioxidants reaching the eye which, in turn, can be a catalyst for the formation of cataracts in the natural lens. Smoke interferes with the cells in the lens and can cause them to mutate. Symptoms of cataracts can be faded colours, poor night vision and double vision. The heavy metal in tobacco smoke, such as lead, copper and cadmium, is what accumulates inside the natural lens, leading to cataract formation. Thankfully, cataracts can be removed, but the symptoms they cause before removal can severely impair vision; along with AMD, cataracts are the leading global cause of vision loss.

Vascular disease: We all know that tobacco smoke and its 7,000 toxic compounds affect the body’s cardiovascular system. But did you know that, over a period of time, smoking also hardens the eye’s arteries, affecting the blood flow to the eye? When the eye’s arteries and veins become blocked, the optic nerve suffers damage, potentially leading to significant vision loss or blindness. Vascular disease and blocked arteries and blood vessels can lead to other visual complications which we’ll discuss later.

Thyroid eye disease: If a smoker already has thyroid disease, they are much more likely to develop thyroid eye disease. The most common type of this is Graves’ Disease, where the soft tissues and muscles around the eye begin to swell and become inflamed. This can cause the eyeballs to bulge and, in this case, it is recommended that you stop smoking immediately. Thyroid eye disease can be treated by removing the thyroid gland or by taking dedicated medications.

Optic neuropathy: This is a condition which smokers are 16 times more likely to develop than non-smokers. Smoking can also bring it on up to 12 years earlier before it would occur otherwise. Optic neuropathy is the sudden loss of vision, occurring when the eye’s blood vessels are blocked. This is because smoking, as we’ve previously discussed, slows blood flow around the whole body, which is particularly dangerous when it comes to the eyes. Unless treated within 24-48 hours, the blindness brought on by optic neuropathy can be irreversible.

Optic neuritis: Not to be confused with optic neuropathy, optic neuritis occurs as a result of a lack of oxygen in the eyes. This is from the inhalation of poisonous carbon monoxide in tobacco smoke, causing inflammation in the optic nerve. Again, this damages vision and could contribute to the loss of colour vision so often seen in smokers.

Uveitis: This is an infection affecting the middle layer of the eye. Symptoms include blurred vision, redness of the eye, and pain. If left untreated, uveitis can lead to retinal detachment, glaucoma and cataracts. Studies have shown that smokers are 2.2 times more likely to suffer from uveitis. In serious cases, it can even lead to blindness.

Diabetic retinopathy: Smoking is a significant risk factor for developing type 2 diabetes (it as much as doubles a person’s risk) and, in turn, developing diabetic retinopathy (although people who have type 1 diabetes can also suffer from diabetic retinopathy, it’s not caused by smoking). It is the leading cause of blindness among working age people and is treatable if picked up soon enough. The eye’s blood vessels begin to leak blood or fluid, building up inside the eye and eventually distorting vision. As the disease progresses, abnormal blood vessels might even begin to grow, causing scarring and vision loss.

Dry eye: While this doesn’t affect your vision or cause lasting damage, it can be a very uncomfortable condition. Exposure to cigarette smoke can bring it on, resulting in itchy eyes, discomfort, redness, or fatigue. Tobacco smoke is known to be an eye irritant, dehydrating the eye’s surface and making them feel scratchy. Smokers are twice as likely to have dry eyes than non-smokers. There are treatments available for dry eye, but a sure-fire way to improve your symptoms is to give up smoking.

Infant eye disease: Pregnant women who smoke put their unborn babies at risk of developing all kinds of conditions, but some of the most serious of these are eye-related. The toxins in the smoke can prevent the baby’s optic nerve from forming properly in the womb. This is the number one cause of blindness in children. Babies exposed to tobacco smoke via the placenta in the womb are also at higher risk of being born with strabismus (crossed eyes) and having a squint. Further to this, pregnant women who smoke are more likely to give birth prematurely than non-smokers, which comes with a number of other general health risks and concerns.

Abnormal eye movements: Nicotine, the most addictive component of tobacco smoke, interferes with the balance centre in your brain. This can result in strange eye movements called nystagmus. The movements might be jerky or circular, and make it very difficult to focus your eye on any one object. Although some types of nystagmus can sometimes by treated with surgery or medications, it often doesn’t get any better and will interfere with your vision long-term.

It’s clear to see that smoking has a great number of negative impacts on your overall eye health. It can be difficult to give it up, but there are some really good resources to help you do so, and to set you on the path to better eyesight. The sooner you stop smoking, the sooner you can lower your risk factor for the majority of the conditions listed above.