The sharp rise of short sight: Is myopia becoming a global epidemic? 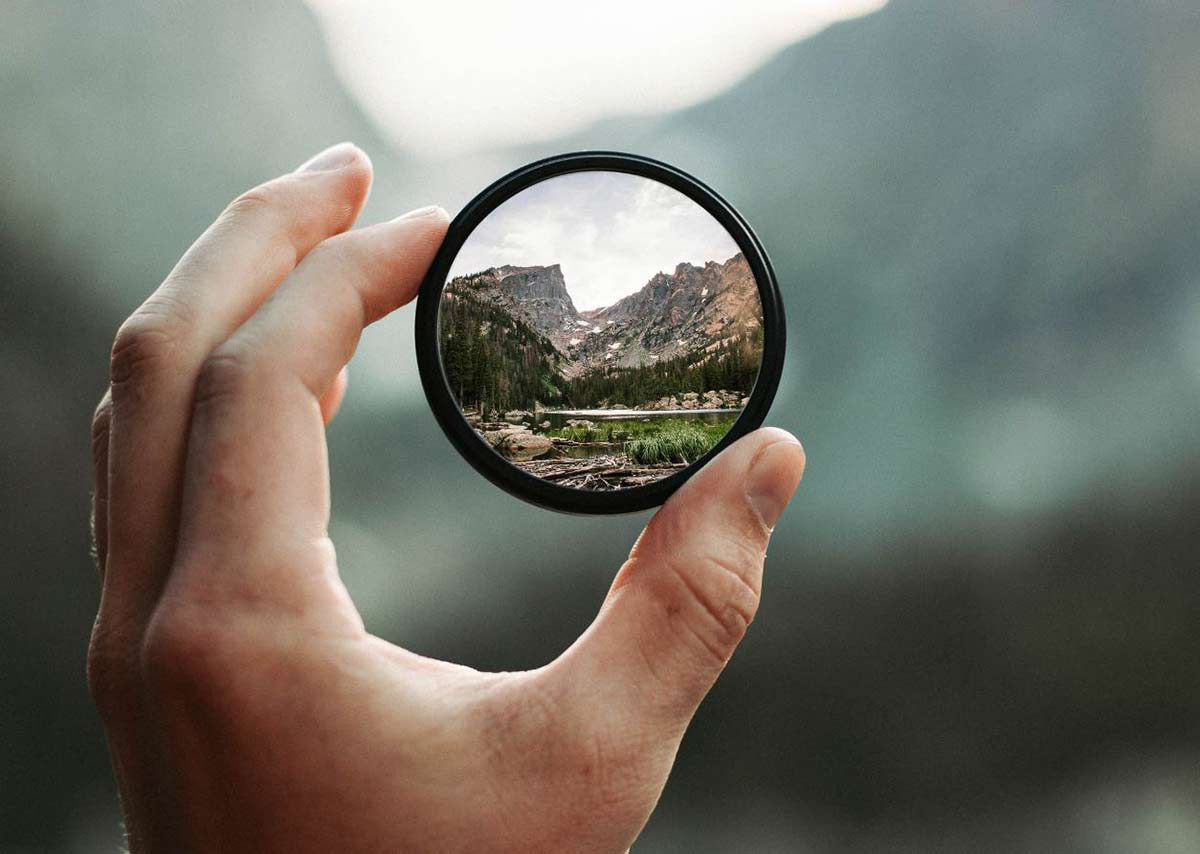 Why does each generation have worse eyesight than the last?

An epidemic is defined as a “widespread occurrence of an infectious disease in a community at a particular time”. While myopia (also known as short-sightedness) doesn’t qualify as an infectious disease, there’s no denying that it is becoming more widespread with each year that goes by, with reported cases growing exponentially. 40% of North Americans are short-sighted, a figure which has doubled between 1972 and 2004. In the UK, 30% of adults are myopic, along with 10% of primary school pupils, showing that this is an issue affecting a large number of people. 47% of European adults aged 25-29 are short-sighted, which is twice the figure for European adults aged between 55 and 59. This is clearly something that is more common amongst the younger generations – but the question is why?

The statistics are even more worrying for Asian countries. The figures for myopia in young adults can be seen as percentages below:

Clearly, these numbers are much higher than figures for European countries, as well as countries in the Americas. This raises the question of whether myopia comes down to environmental or biological factors, or perhaps a combination of the two.

A breakdown of instances of myopia across different age groups in China reveals that it is a problem that grows with age:

Similarly, in Hong Kong, 30% of people born before 1950 are myopic, which rises to 70% for those born between 1950 and 1980. Certain factors in modern life are causing people’s eyes to grow “too long relative to the focusing power of the cornea and lens”, resulting in blurry vision and difficulty in seeing objects further away. It is thought that people’s dependence on screens and digital devices, as well as spending time more indoors, contributes to the growing problem. Spending more time inside means that you mostly exercise your close-up vision, tending not to look at objects further away from you. This can cause your eye to lose its focusing power for distance vision, encouraging the development of myopia.

We’ve written previously about which common eye diseases and refractive errors can be inherited from your parents, and which come down more to environmental factors. You have a 1 in 3 chance of developing myopia if you have two short-sighted parents. If only one of your parents is short-sighted, you have a 1 in 5 chance, while if neither parent is myopic, your chance of developing it yourself should stand at 1 in 40. Refractive disorders like myopia and hyperopia (long-sightedness) are caused, in part, by inherited genetic markers. However, one quick look at the soaring figures for global myopia cases tells us that genes don’t account for everything.

An ophthalmologist in Shanghai, Xu Xun, specialises in investigating China’s ever-increasing rates of myopia. He firmly believes that “it’s not genetic”, particularly as the rise since the 1960s – coinciding with more screen use – has been so sharp. Further to this, he notes that “myopia is mostly prevalent in urban areas, while the rates in the countryside are noticeably lower”. Could this be down to contrasting lifestyles, with the urban population far more dependent on technology and digital devices? Excessive screen use is known to reduce the amount you blink, which in turn can contribute to the change in eye shape that triggers myopia.

Medical Xpress suggests that taking a 2 minute break for every half hour of screen use could help prevent the onset of myopia. They estimate that the close proximity to the eyes that smartphones are typically used at could increase your risk of developing myopia by up to 8 times. The same article also recommends a minimum of 45 minutes of daylight each day to help preserve your eyesight. This goes hand in hand with Xu Xun’s recommendations based on China’s worsening vision, suggesting that children should spend less time indoors studying, and more time outside playing. In fact, Australian researchers found that the development of myopia slows by 40% during summer months when children are exposed to more daylight and spend time outdoors. Questions have been raised around whether this is due to vitamin D production, distant focus, or bright sunlight itself. Essentially, no one is entirely sure, and more research is needed before ophthalmologists can be sure of an answer.

Studies a little closer to home support the same ideas as the Chinese and Australian research cited above. British research has found that “every year of education incrementally increases short-sightedness”, with each further year in education contributing a decrease of 0.27 dioptres to the average student’s prescription. Your risk of developing myopia is twice as high if you went to university, compared to if you left school aged 16. Is this, again, due to time spent indoors studying? Perhaps the close-up reading in textbooks required is a contributing factor, or potentially the increased screen use that comes with modern student life?

How can we prevent the rise of myopia?

China has been working particularly hard to combat the sudden increase in cases of myopia, particularly in children. The focus on academic success in Chinese culture is often cited as a cause of myopia, linking back to previously mentioned ideas of a lack of distance-vision used indoors. While many parents and teachers are reluctant to allow their children outside more (potentially improving their eyesight) as they fear it might impact their studies, eye experts are now being listened to and daylight’s benefits on the eyes have been considered.

Some schools in Guangdong province in China have installed transparent panels in their classrooms to allow more daylight in, in the hopes of staving off myopia. Further to this, it’s actually mandatory in China for each school day to start with 10 minutes of eye exercises and massages, thought to improve eyesight. While the scientific benefits of this are yet to be proven, it’s good to see that schools are taking steps to improve their pupils’ sight. Best of all, however, is that the Shanghai city government has made it compulsory for children to spend 80 minutes outside each week.

These initiatives are relatively new and it may take some years for the full benefits of them to be seen. Although cases of myopia in Britain and the rest of Europe and America are nowhere near as severe as that of China, short-sightedness is still increasing in all age groups. Perhaps schemes like these, designed based on scientific findings to reduce cases of myopia, could be a good starting point.

What are the risks of myopia?

We’ve talked a lot about how to prevent myopia and its possible causes, but why should we actually be worried about it? Well, it increases your risk factor for a multitude of eye diseases including glaucoma (40 times higher), cataracts (6 times higher), and retinal tearing (21 times higher), as well as an increased risk for macular degeneration. Myopia occurs when the eyeball becomes elongated; the longer the eye, the more short-sighted the person is. However, as the eye stretches, the thinner the retina becomes. The strain placed on the retina can lead to the development of abnormal blood vessels as well as ocular bleeding, threatening sight.

Myopia can be treated with specialised glasses lenses, slowing the rate of myopia’s progression by 30%. This effect can also be achieved with specific contact lenses which can be prescribed to children as young as 7 years old. The earlier myopia is treated, the more effective the treatments will be. If left too late and a person becomes severely short-sighted, their vision may be irreparably damaged.

The future of myopia in a growing population

It is thought that within the next 30 years, half of the world’s population (an estimated 5 billion people) will be short-sighted. The figure currently sits at 1.4 billion, but the proportion of these people expected to be severely myopic people will also grow to 10%. Experts also believe that up to half of the affected people will “lose all or most of their sight”. It’s clear that the myopia epidemic will continue to grow on a huge scale, resulting not just in the inconvenience of having to wear glasses, but actually starting to threaten eyesight.

As the sharp rise of short sight is a relatively new phenomenon, it’s difficult to know exactly what to attribute it to. We don’t know the long-term effects of screen use and our heavy reliance on technology, nor of our “urbanised lifestyles”, living in more confined areas, studying and working more, and abandoning the great outdoors for home comforts. Only time – and further research – will tell for certain the exact causes of this myopia epidemic. For now, we should spend more time outside, less time on our screens, and attend regular eye tests to track myopia’s progression. Widespread myopia education could be what we need to prevent this epidemic from reaching pandemic status.