What are eye floaters, and should you be worried about them? 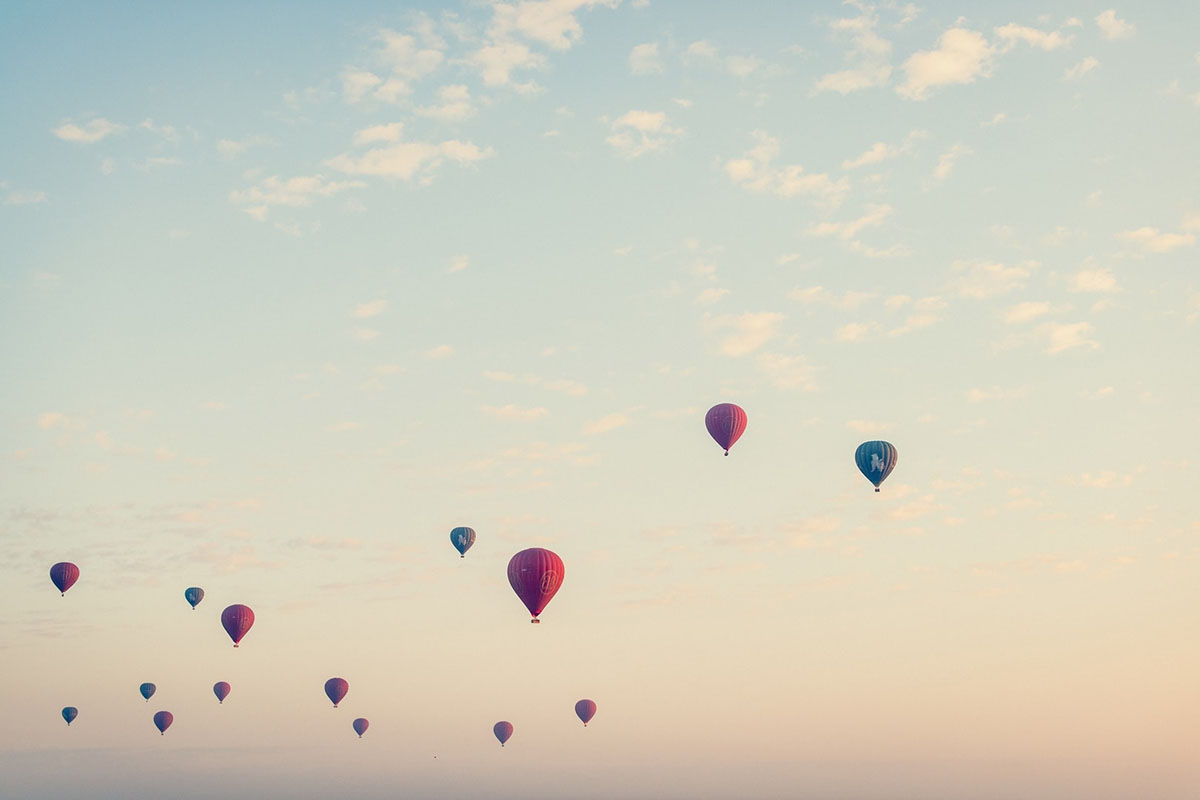 You might have noticed small black spots or tiny flecks in your vision, particularly when you look at bright, plain coloured backgrounds, like a white wall or the sky. They can also look like little threads, squiggly lines or cobwebs, and are known as floaters. Most floaters are nothing to worry about, but there are certain instances where you should perhaps be a little more concerned and get them checked out by an eye expert. The majority of floaters are caused by changes in the eye’s vitreous. This is the jelly-like substance in your eye and, as you age, it becomes more liquid in consistency. This allows tiny fibres in the vitreous to clump together, causing small shadows which are seen as floaters.

When are floaters okay?

Floaters are usually fine and you shouldn’t worry about them excessively. This is particularly true if you’ve had them a long time, if they’re not becoming more prominent or growing in number, and if they don’t affect your vision. Floaters tend to move with your eyes and seem almost as if they dart away when you look directly at them. Generally, the older you grow, the more floaters you will get, but having a couple of small ones from a young age is nothing to worry about. You might sometimes see flashes of light accompanying your floaters but it’s usually not a sign of anything serious unless they suddenly increase in frequency or begin to affect your vision.

When should you see a doctor?

There comes a certain point where you should seek medical advice about your floaters, and it’s usually when multiple symptoms are combined. If you have floaters with blurred vision, eye pain, dark shadows across your vision, or if the floaters appear after an eye injury, you should see a doctor. These could all indicate an injury at the back of your eye, often leading to permanent visual impairment. The quicker you can be treated, the better. More urgently, these symptoms can also suggest retinal detachment, where your retina is lifted from its normal position in the eye, often leading to blindness if not treated within 2-3 days. In this case, with symptoms like flashes and loss of peripheral vision, you should act quickly and treat it as an emergency. A recent study showed that of people who experienced sudden eye floaters and flashes of light, 39.7% had posterior vitreous detachment and 8.9% had a torn retina. These symptoms should not be ignored!

So, what actually causes floaters? It’s important to note that floaters can happen for no obvious reason and are often perfectly harmless. However, they are often age-related and occur when the vitreous – which fills 80% of the eye – begins to shrink with age. It liquefies and pulls away from the surface of the eyeball, clumping together and casting shadows. Floaters can also be caused by posterior uveitis – inflammation at the back of the eye. Debris can be released as a result of the inflammation, often stemming from an infection and causing a build-up of small fibres in the eye. Eye bleeding also causes floaters to appear, as the loose blood cells bleed into the vitreous and are seen with a small shadow. Bleeding in the eye could happen as a result of diabetes, blocked blood vessels, or a trauma to the eye.

Another common cause of floaters is a torn retina. With age, the vitreous sags more and more, pulling on the retina and sometimes – with enough force – tears it. If left untreated, fluid can build up behind the retina and lead to permanent vision loss. In fact, 50% of retinal tears lead to retinal detachment, a much more serious condition. Temporary floaters often come from the injection of eye medications into the vitreous. Air bubbles form and take a while to be absorbed by the eye – but before they are, they cast shadows in the eye like floaters. Other floaters which come in the form of eye debris can often sink and then settle at the bottom of the eye, below the line of vision. This means they effectively have disappeared for the affected person, becoming entirely unnoticeable.

What are the risk factors?

A number of things can increase your likelihood of developing floaters. These include age, near-sightedness, eye trauma, diabetic retinopathy, and eye inflammation. We’ve discussed how floaters become more common with age, all pertaining to the shrinking and movement of the vitreous, pulling away from the eye and creating fibres. Near-sightedness influences the development of posterior vitreous detachment (PVD), which creates the floater fibres too. This is because a near-sighted eye has an elongated shape, allowing the vitreous to tear from the retina more easily. Near-sighted people are actually more likely to have a PVD at a younger age, but by the age of 80, over half of the population will have a PVD.

We have touched on how eye trauma can cause floaters to form, particularly if the trauma involves bleeding behind the eye. Similarly, eye inflammation is a risk factor for floaters due to debris being released into the eye as a result of the infection. What we haven’t previously mentioned, however, is that diabetic eye disease can form floaters. As diabetes affects the blood vessels in the eye, it can often lead to a vitreous haemorrhage where the blood vessels bleed directly into the vitreous. Small spots of blood can be seen as floaters but, if the bleeding is more severe, the blood in the vitreous can block your vision entirely.

Can floaters be treated?

Most floaters don’t actually require treatment; they might be a bit annoying but they usually don’t impair your vision. In fact, most people can forget that they’re there and naturally, with time, begin to ignore them. Sometimes, however, floaters can be so large in number and packed so closely together, that they impair a person’s vision. A procedure called a vitrectomy is available for these cases which removes the vitreous gel and its floating debris from the eye. It is replaced with a salt solution which imitates the vitreous and its properties. This treatment is considered quite risky as it can lead to retinal detachment, retinal tears, and bring on cataract formation. A safer alternative is a laser procedure called laser vitreolysis. A laser beam is shone into the eye through the pupil and applied to the large floaters to break them down or vaporise them. This either makes them small enough to not interfere with the person’s sight again, or means that they disappear entirely.

Overall, you don’t need to worry too much about floaters unless their characteristics or numbers change drastically, or if any of the symptoms in this article are presented with them. Keep an eye on them but remember that the vast majority of floaters are harmless and are completely normal.