What is visual snow, and how do you know if you have it? 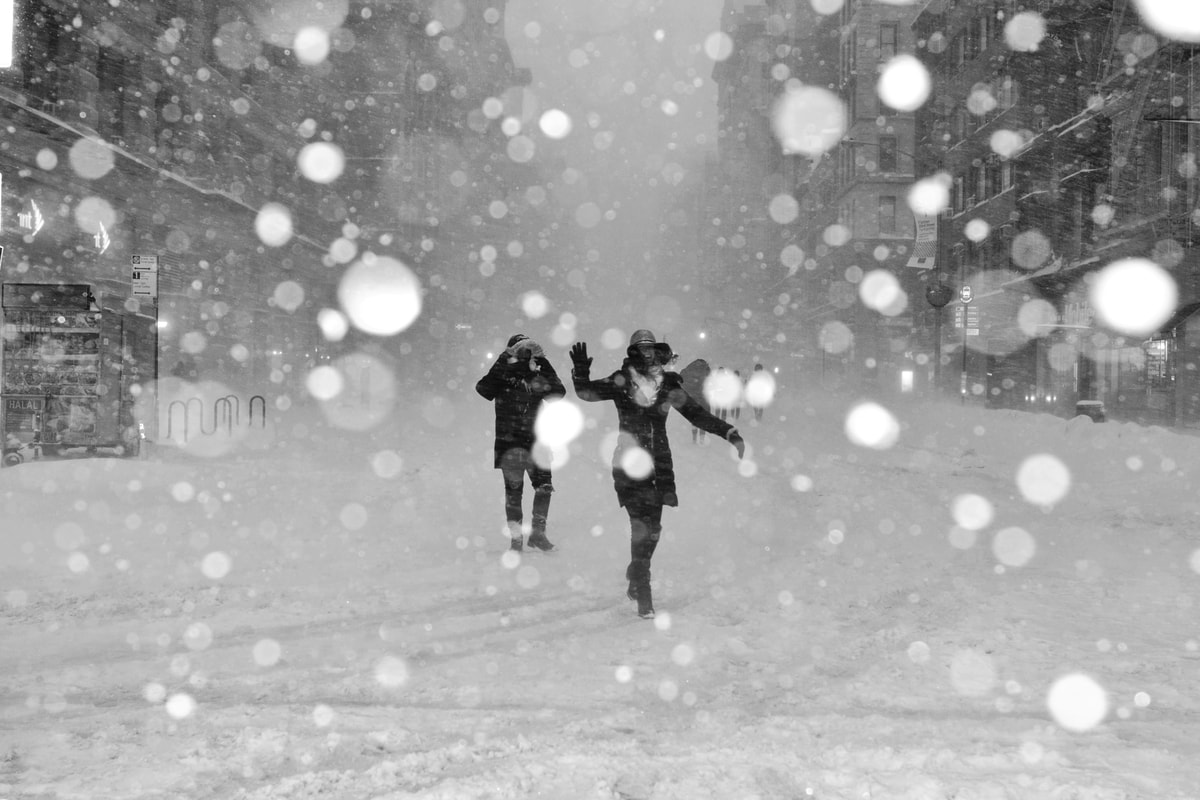 Visual snow (VS) is a rare condition which causes a static-like effect to appear over everything you see. The effect will be present in both eyes, taking up the entire visual field. For some VS sufferers, the symptoms are relatively mild and they are able to forget about it for periods of time, but for other people, the effects are debilitating. Often accompanied by migraines, VS syndrome can make it nearly impossible to see properly, causing huge distress to those suffering. Symptoms can worsen when your eyes and brain are tired, or when you’re feeling stressed.

As well as VS presenting as a static haze (much like an old out of tune television) across your vision, it can also look like:

In order to be diagnosed with VS syndrome, your symptoms need to be constant rather than intermittent and occur for longer than 3 months. Many people who suffer with VS don’t actually know that what they’re seeing isn’t normal, especially if it’s something they’ve had since childhood. It’s only when reading articles like this one, or when talking to other people who suffer with it, that they begin to realise their vision might be affected. If you have any of the above symptoms and they begin to interfere with your vision and daily life, it’s worth speaking to your doctor as there are some medicines (to be discussed later in this piece) which can be prescribed to help your symptoms.

Two types of visual snow have been identified, with the characteristic dots moving and appearing differently in each.

Pulse type: The dots are the same size and are spread evenly across the visual field. They might sometimes appear to flicker or swirl, and can either be lighter or dark than the other colours you’re seeing at that time.

Broadband type: This is the type of visual snow which seems to be more common, creating a static image effect over the visual field. The dots can vary in size and are more likely to impair your vision than pulse type visual snow. 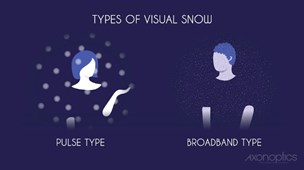 In short, no one knows for certain what causes visual snow syndrome to occur. Recently, VS has been classified as a neurological disorder of visual processing in the brain cortex. Typically, a person suffering with VS will have entirely normal eye function, with no issues being highlighted in numerous brain scans and eye examinations. Some experts believe that VS occurs as a result of a “dysfunction of visual processing in the structure in the brain called the lingual gyrus”, an area linked to the processing of letters and encoding visual memories. Other specialists think that high exposure to screens can trigger VS, either bringing it on or exacerbating the symptoms that are already present.

There is also a lot of talk about whether migraines cause visual snow to occur. Studies have “proven that migraine can aggravate the clinical presentation of the visual snow syndrome and that it has a higher prevalence in this disorder than in the general population”. In fact, 59% of people who have visual snow also suffer with migraines but, despite this, VS is “electrophysiologically different from migraine”. The impaired vision that comes with migraines is temporary, involving different stages, while VS is continuous. Suffering with one condition may increase your likelihood of developing the other, but there is nothing to say that either directly causes the other.

Researchers looking into visual snow and its causes have also begun to suspect that there may be a genetic link. Although they don’t think VS is caused by mutations in any particular gene, 10% of VS sufferers have a family member with the condition too, suggesting that genetics do play a part in the development of VS. It’s possible that VS depends on both environmental and genetic factors, but research into the condition is ongoing and scientists hope to have a definitive answer soon.

As well as migraines, visual snow usually appears alongside other symptoms and conditions such as:

However, there is some debate around these, particularly when it comes to depression and anxiety. Patients with debilitating VS are known to develop these mental health issues as, naturally, losing good quality vision can be a traumatic, distressing experience. People with depression and anxiety aren’t necessarily at a higher risk of developing VS, but the condition can certainly bring on mental health issues or exacerbate them in patients who already suffer with them.

Other common comorbid mental health conditions are depersonalisation and PTSD, often made even worse by the fact that some doctors fail to recognise VS as a genuine sight condition with no official cure available. Patients may find themselves in a vicious cycle where, as their mental health deteriorates and they become more stressed, their VS symptoms worsen, in turn having a negative impact on their mental health. It’s clear that people need an effective treatment for visual snow as soon as possible.

How can visual snow be treated?

This brings us to VS sufferers’ biggest question: can it be treated and, if so, how? The biggest problem in finding a cure is that no one knows exactly what causes it to occur. As visual snow is so rare, no large-scale studies have been carried out to assess what works for the majority of people. At this stage, medications are often prescribed based on what works for individual people, in the hope that it might have a positive effect for others too.

Medications that are known to have been prescribed are:

A positive step for the visual snow community is that the American Academy of Neurology is in the process of formally recognising VS as a condition or syndrome. VS comes in several forms, including persistent or intermittent, and can either worsen or improve over the course of someone’s lifetime – or stay exactly the same. Only time, and lots of new research, will tell if visual snow syndrome can be managed, treated, and hopefully cured.