Why do different animals have different pupil shapes? 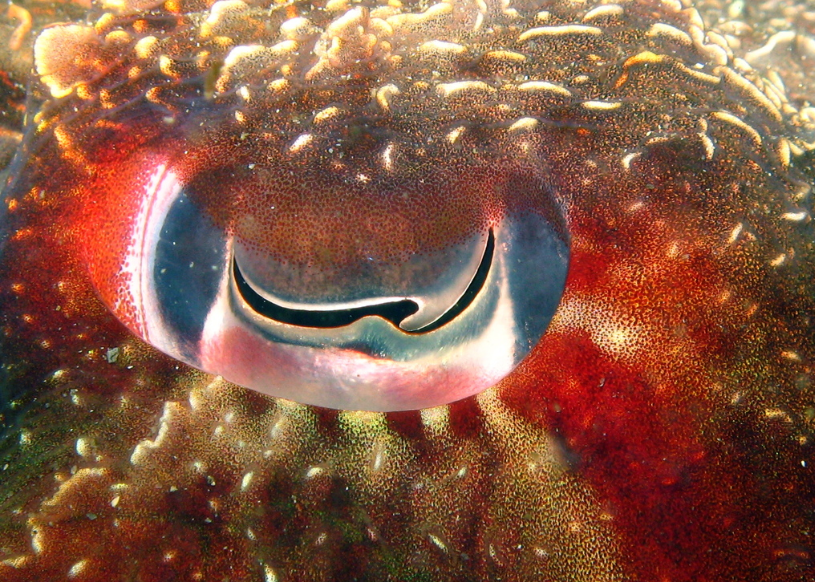 What is the pupil for?

If you’ve had a close look into your pet kitten’s eyes or watched a couple of animal documentaries in your time, you have probably noticed that there are a variety of different pupil shapes across the animal kingdom. The pupil is the black centre of the eye and in humans is round. This is the part of the eye that allows light through to the retina and controls the level of the light entering the eye. In bright settings, the pupil typically contracts to let less light in, while it dilates in darker environments to allow more light in, optimising our vision and protecting our eyes.

What different pupil shapes are there?

Different animals have different shaped pupils for reasons which we’ll explore later in this article. The various pupil shapes found in the animal kingdom include:

Examples of animals with circular pupils include humans, dogs and large wild cats such as lions and tigers. Horizontal slit pupils are usually found in prey animals like horses and sheep, while vertical slit pupils are typical of smaller hunting creatures like cats, foxes and snakes. W-shaped pupils are exclusive to cuttlefish, and crescent shaped pupils are found in sea life like stingrays, catfish and flatfish.

How does an animal’s hunting style affect pupil shape?

The evolutionary path of an animal, and the manner in which it hunts for food or defends itself from predators, has a huge impact on the pupil shape it evolved to have over the years.

Generally, prey animals tend to have horizontal slit pupils, providing a wider field of vision and giving them an advantage in spotting any predators approaching them. This can be found in creatures like goats or antelopes that need to be acutely aware of their surroundings and ready to run at all times. Although the wider visual field means that their vision isn’t quite as sharp, the trade-off is certainly worth it when it comes to spotting predators, thereby preserving their lives. Some reptiles and amphibians like frogs and snakes also have horizontal slit pupils, particularly beneficial for them as they spend their time on the ground looking upwards for predators.

On the opposite side of the animal kingdom, predatory animals typically have vertical slit pupils. This is particularly common in smaller predatory animals who hunt close to the ground, like housecats seeking mice, or foxes going after rabbits and rodents. The vertical pupils give highly focused vision and provide accurate distance vision to help the predator know exactly when to strike its prey. These types of smaller predatory animals also usually hunt at night which means they have evolved an extra set of muscles to pull the pupil into a narrow slit shape during the day. This is to prevent the eye from being damaged or overcome by bright light, preserving vision and protecting the eye.

Large animals and powerful predators like lions, wolves and even humans usually have circular pupils. A circular pupil is characteristic of animals who hunt higher off the ground, move in packs, and are intelligent – all of which are attributes that apply to humans! We, and other predators such as dogs and wildcats, can’t contract our pupils as tightly as animals with slit-shaped pupils can, so we don’t cope as well with sudden changes in light. However, we do have an even focus across the whole visual field which helps when surveying our surroundings.

Similarly to crescent shaped pupils, another phenomenon when it comes to pupil shapes in sea creatures is the W-shaped pupil of cuttlefish (see the header image of this blog post for an example!). It is suspected that these may have evolved from horizontal shaped pupils but can open up in darker environments, such as when the fish is deeper in the water or at night time. Having such a uniquely shaped pupil allows light to enter the eye from multiple angles and provides great vision under water. Similarly to the benefits of crescent shaped pupils as discussed above, W-shaped pupils reduce the effects of any visual distortion caused by water, as well as boosting image contrast and distance vision.

Eagle eyes: Where does the saying come from?

Blind as a bat: How much truth is actually in the saying?

Why do cats’ eyes glow in the dark?